Sharon Osbourne: Kardashians' success is based on beauty

Sharon Osbourne believes the Kardashian family's success is ''based purely on their beauty'' and she claims they have different morals to the Osbournes. 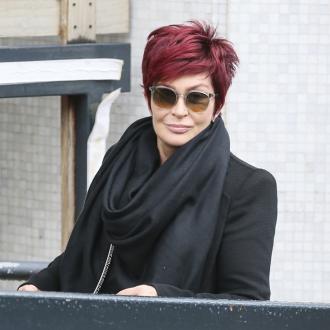 Sharon Osbourne believes the Kardashians' success is ''based purely on their beauty''.

The television personality thinks the family, who rose to fame in the reality show 'Keeping Up with the Kardashians', have only received the amount of media attention they have because Kris Jenner's five daughters, Kourtney, 35, Kim, 34, Khloe, 30, Kendall, 19, and Kylie, 17, are so attractive.

Sharon - who is married to Black Sabbath rocker Ozzy Osbourne - said: ''We're in the limelight as Ozzy is an international star, but their fame is built purely on beauty. Who do you know who has five stunning daughters? Every family has at least one dud! I've had Kendall on my show and she's charming. And Kim has influenced a whole generation of young girls - it's quite a responsibility ... I respect and like them, but their morals are different to ours.''

Despite admitting she has had pleasant experiences when she has met members of the Kardashian clan, 'The Talk' host and PETA supporter admitted she finds it disgusting seeing Kim Kardashian West and Kanye West's 18-month-daughter North wearing real fur.

''(Fur) makes me physically sick, and wearing it is a very dated way of showing everyone how rich you are. Our grandparents did it, but now we've been educated, it's cruel to keep the trade going.''