Sharon Osbourne recently revealed that she only split from her rocker husband Ozzy as a way to not seem "weak" regarding her stance on his alcoholism and substance abuse. 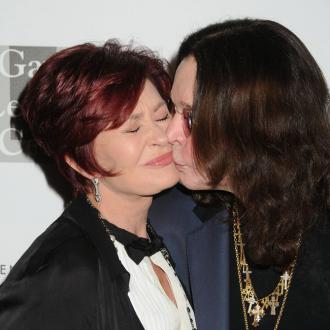 Reality television star Sharon Osbourne always knew that she would take her rocker husband Ozzy Osbourne back. Last April, the couple separated briefly when Ozzy began drinking and abusing prescription medication, Sharon admitted that she only made a stance in the first place to make a point and not appear to be "weak".

She explained her decision, saying: ''You put up this front because it's what you should do. You feel, 'This is what I should do. I can't be seen to be weak. I can't let somebody disrespect me this much so I have to come out with this.' But in my gut, I knew I'm not going anywhere, you know, but I have to give him a hard time because if I don't it's going to happen in two weeks again.'' The couple have three children together, Aimee, Kelly and Jack.

Sharon admitted that after the split, she threw coffee over Ozzy during a meeting. She explained the incident on 'Piers Morgan Live', saying: ''Ozzy came around to have a talk at the hotel that I was staying at and I was like, 'This is divorce, this is it. This is what I want. I want this, this, this, and this. And then it's over.' And he goes, 'You do calling at me.' And I was drinking a cappuccino and I went, 'Whoops' on his head.''

Related: Ozzy Osbourne Was Left (Literally) Speechless By The Beatles

Since the split, Ozzy has been sober for around 10 months and explained the difficulty he still finds with temptation. He explained: ''It's hard especially when you come off a stage, and you're doing a great concert. And that's where it all starts. You want the party to continue but what I want to do is get off the stage in the car and go. I don't socialise with people in the park and gigs, you know, I don't go there.''