Sharon Osbourne Offers Up Royal Oral Sex For A Title 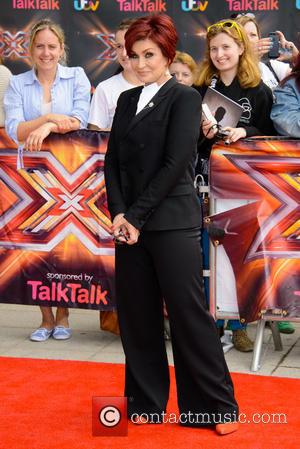 Sharon Osbourne stunned Tv viewers in America on Monday night (24Jun13) when she revealed she'd be willing to perform oral sex on Prince Charles for a title.

The reality Tv star was recently quoted as saying she'd like to make out with the British royal, and during an appearance on late night show Conan, she explained why.

And she suggested a swap, so that her husband Ozzy and Charles' wife Camilla didn't feel left out: "He (Ozzy) can f**k Camilla while I'm with Charles."

Osbourne joked she has flirted with Charles at dinner parties in the past, admitting she rubs his leg and is "chitty chatty".

She added, "I bent down to pick up my napkin and as I came up I accidentally knocked him in the crotch."

And she even told the heir to the throne a dirty joke when they were seated next to each other at a Christmas party at Windsor Castle: "There was a lady and she had sores in the corner of her mouth... She kept talking in his face... and I'm, like, looking at him (and) rolling my eyes... and so he looked at me and I said, 'You know why she's got those sores on her mouth?' and he goes, 'No, why?' and I said, 'Cause she sucks too much d**k' - and he loved it."