Sharon Osbourne admits she did not hesitate to ask for a divorce during Ozzy's alcohol and drugs lapse. 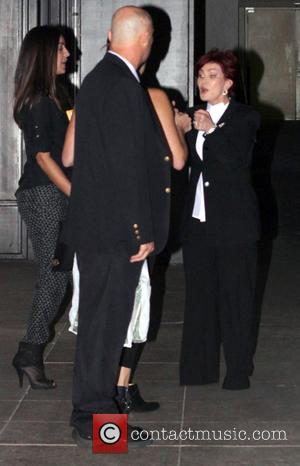 Sharon Osbourne has divulged the devastating extent she went to on discovering rocker husband Ozzy Osbourne's slip back into the world of drink and drugs.

'The X Factor' judge has always epitomised female strength with her bouncing back tenfold after every ordeal she has been through. But now she unveils exactly what happened when Ozzy started binging on prescription drugs and consuming alcohol after seven years of sobriety, and how she demanded a divorce from the love of her life following 30 years of marriage, all in her new book 'Unbreakable'. According to the Mirror, the book reveals how she found incriminating texts messages on Ozzy's phone regarding his drug hunting and the pain she went through on revealing to her children Jack, Kelly and Aimee that she wished to separate from him just before they were to celebrate their 30 year anniversary.

And she has every reason to make such a rash decision, having previously given the former Black Sabbath star many chances to curb his alcoholism and drug use after several episodes of physical abuse from the troubled rocker; one being when he was arrested for attempted murder after attempting to strangle her in 1989.

Nonetheless, things seem to be back on track for the much-loved couple and they were pictured sharing a loving kiss earlier this year and Ozzy himself came clean and apologised to his fans over Twitter. During the troubling time, Sharon took to chat show The Talk to admit her feelings. 'I am devastated. It's a disease that not only hurts the person who has it but it hurts the people who love you', she confessed. Sharon and Ozzy's marriage seems to be back on track Sharon has always had an 'Unbreakable' attitude to Ozzy's drinking