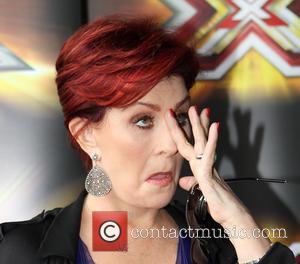 Sharon Osbourne has fired back at former Frasier star Jane Leeves following comments the actress made about the Tv personality's penchant for plastic surgery.

In a recent interview with U.K. publication The Daily Mail, Leeves criticised Osbourne for going under the knife to improve her appearance, stating, "That shiny look... the skin is stretched so much! And this bit here (between her nose and upper lip), it just disappears and is vaguely simian-looking."

Leeves went on to vow not to follow in the music matriarch's footsteps by becoming the latest Hollywood star to suffer a botched procedure, insisting numerous celebrities have ruined their careers trying to maintain their youthful appearances.

Osbourne responded to Leeves' remarks while co-hosting her U.S. show The Talk on Monday (08Jul13), and took the actress to task for likening her to an ape: "I... haven't had anything done here (between my nose and upper lip), but now she's said it, I'll have a phobia about it and probably end up going to have something done. So thanks for the advice Mrs... Everyone's entitled to their own opinion."

Despite the 60 year old's playful attitude, she also tried to put Leeves in her place before wrapping up the segment, adding, "She's comparing herself to people who are stars, she's a working actress and very good at what she does... but she's not a star."