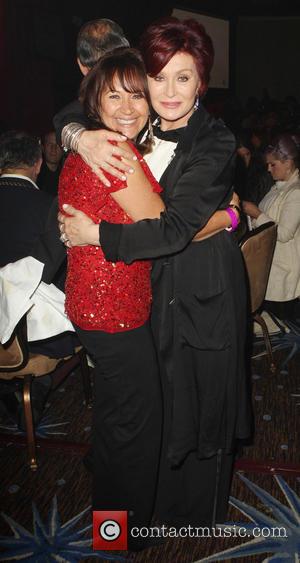 Picture: Sharon Osbourne - The L.A. Gay and Lesbian Center's 'An Evening With Women' event held at the Beverly Hilton Hotel - Inside Ball - Beverly...

One of the original X Factor judges Sharon Osbourne will be returning to the UK version of the reality singing competiton, after it was revealed that Tulisa Contostavlos wouldn’t be returning after two years on the show.

"I couldn't be happier about coming back for the 10th anniversary of X Factor. I can't wait to give Gary Barlow a big hug, sit next to the gorgeous Nicole, and of course throw water on dear Louis. Yay!" said Sharon of her return. The wife of Ozzy Osbourne was last on the show some six years ago, and some quarters feel that her return is long overdue.

As for Tulisa, she broke the news to her Twitter followers that she wouldn’t be coming back on the show after working with X Factor between 2010 and 2012. She wrote: "Just wanted to let you all know that I won't be part of The X Factor panel this year. I've had a great time on the show, but this year it's time to do something different. I'd like to thank everyone on The X Factor for two amazing years." The move to get Osbourne back into the fold may well be something to do with the plummeting viewing figures, with the show hitting a seven years low last year. Additionally Tulisa’s relationships with the other judges deteriorated rapidly, culminating in her having a row with Gary Barlow.