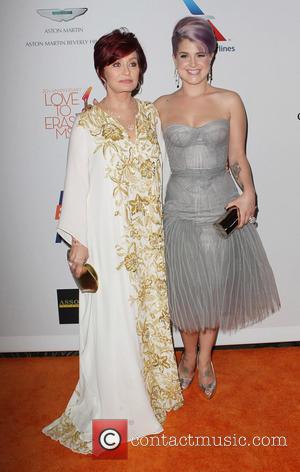 Sharon Osbourne has agreed to return to the X-Factor to replace Tulisa Contostavlos in a £1.8 million deal. The reality star agreed terms in London this week and will jet in before the first audition in Glasgow on June 4, 2013. An official announcement is to be made imminently, though it is has been widely reported that Sharon has been in talks with ITV bosses for several months.

A source told The Sun, "Sharon's been through hell lately, so x factor was not front of mind. But she loves the show and missed it. Things with Ozzy have calmed down but they're a long way off being sorted." Simon Cowell has decided that Sharon is the right woman to revamp the show after it lost over three million viewers last time out. The music guru had also approached Oasis founder Noel Gallagher to join the judging panel - a request that he rejected.

Osbourne will earn £1.5 million in cash and £300,000 in first class flights between the UK and Los Angeles, with hotels, wardrobe and make-up costs also thrown in. She initially quit the panel in 2008 following a reported bust-up with Dannii Minogue. She will be joined by Gary Barlow (who is still thrashing out a new deal also worth £1.5 million) and Louis Walsh (who is presumably happy to accept anything). Nicole Scherzinger could return, though Mel B is reportedly on stand-by should the former Pussycat Doll decide to look for work elsewhere.