Sharon Stone, 56, loves the fact she is still regarded as a sex symbol. 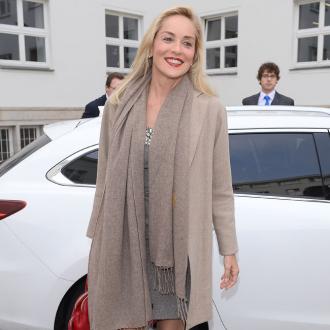 The 'Basic Instinct' actress thinks it is a ''pleasure'' to still be praised for her attractiveness now she is in her 50s.

Speaking to Oprah Winfrey in an interview recorded before her 56th birthday on March 10, she said: ''It's a pleasure for me now. I mean, I'm gonna be 56 years old. If people want to think I'm a sex symbol, it's, like, yeah. Think it up. You know. I mean, like, good for me.

''And good for every other lady of my age to feel themselves as a sex symbol. Because why shouldn't we feel a sex symbol in our 50s?''

Sharon insists she isn't fighting against her advancing years and thinks the concept of ''ageless beauty'' is ''absurd''.

She added: ''I don't think ageless beauty exists. I think it's just a catch-phrase. And so, you know, I think that's absurd.''

The blonde star - who is currently single and has adopted sons Roan, 13, Laird, eight, and Quinn, seven - believes it is important to take a holistic approach to life in order to feel at her best.

She explained: ''To be the best you can be, you know, we have to recognise that it's an internal thing. Not just an external thing. We have to have internal health and internal wellness. And I think that's physical health, mental health, spiritual health.

''You know, I think it's a sense of ethics. It's everything, you know. If you want to keep yourself together, it's all things.''