Sharon Stone was commended for her charity work with AIDS and HIV at the Nobel Peace Summit in Poland. 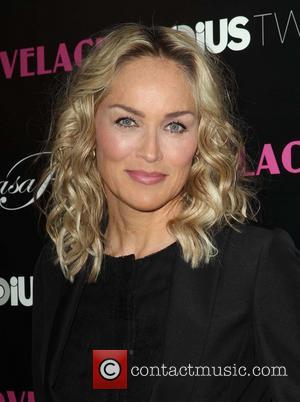 Sharon Stone was the recipient of a Nobel Peace Summit Award on Wednesday (Oct 23rd).

The ceremony took place in the Polish capital Warsaw and Stone received the award for her work fighting AIDS and HIV.

The 55 year-old was a worthy winner due to her work with the AIDS charity 'amfAR' where she is the global fundraising chairman.

The Daily Mail stated she was recognised with this honour for "activities that brought solidarity and new hope to the millions of people who have fought and are fighting against the tragedy of HIV/AIDS."

The US actress was presented with the accolade by the Dalai Lama.

AFP reported, the 'Basic Instinct' actress told the summit, "I can tell you that now that we have drugs, we have still lost 40 million people to AIDS. There were times when the burden of that felt like I was going to fall on the floor and never get up again."

She added, "We have changed the face of AIDS but still one child dies every other minute. I want you to think about how many children have died since we came here this morning, and I want you to feel the weight of that upon you."

For her big day Stone wore a light brown dress-coat partnered with a long, wavy white scarf which was accompanied by a red handbag.

Betty Williams, who is an Irish peace campaigner, introduced the Hollywood blonde-bombshell by complementing her beauty; "You think as a woman 'God I wish I looked like her. Even for five minutes I would just like to look like Sharon Stone.' But Sharon does more with her beauty than just look good. Because her inner beauty is absolutely phenomenal," said Williams. Stone visiting the Polish parliment on Tues (Oct22nd) in Warsaw