Sharon Stone: 'Surgeons Are Queuing Up To Nip And Tuck Me' 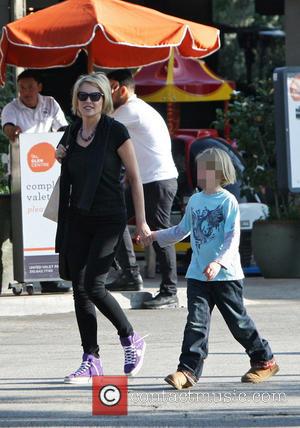 Sharon Stone has resisted the urge to go under the knife despite the fact cosmetic surgeons are crying out to give her a nip and tuck.

The 56-year-old Basic Instinct star has never been tempted to enhance her features but admits there is a line of top doctors keen to work on her.

Stone tells America's Shape magazine, "I can't tell you how many plastic surgeons have tried to sell me a face-lift. That's not ethical, because the Hippocratic oath is to do no harm, and elective surgery can be harmful, and that's not cool."

However, Stone refuses to judge people who have gone under the knife: "If it's needed and appropriate, then yes, do it.

"For example, I was in a horseback-riding accident when I was 20 and I ended up with a ragtag scar on my neck, so I had it fixed.

"I just don't think you should run out and get crazy triple-D boobs or cut up your face when you're in your 20s.

"Everyone's starting to look alike. We've got 400,000 girls with beachy blonde hair, the same nose, gigantic lips, implants in their cheeks, and little Chicklets for teeth. Are they really prettier?"