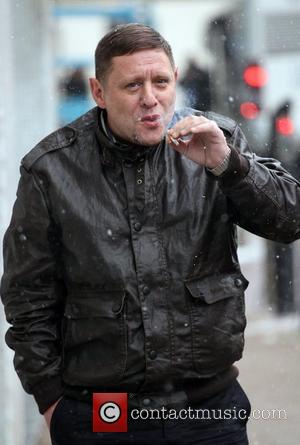 British rocker Shaun Ryder has exploded the myth he once walked out on a multi-million dollar record deal to buy drugs - insisting the snub was deliberate.
Ryder's band, Happy Mondays, fell apart shortly after record giant EMI withdrew the offer of a five-album contract - reportedly worth $2.5 million (£1.7 million) - in the mid-1990s.
Music industry legend has it that Ryder blew the deal by walking out in the middle of talks with EMI bosses, telling them he wanted to "get a KFC" - the band's slang for heroin.
But Ryder has now revealed the tale is a myth - he'd already decided to split up the Kinky Afro hitmakers before the meeting took place.
He tells NME, "In 1994, EMI came to Manchester with a five-record deal on the table, to be signed. And the famous thing is that I went off to get KFC and got stoned and didn't turn up to sign the deal.
"But actually I went off the deal... we split up soon after, didn't we? And I went on to have a Number One album (with Black Grape) and they didn't. So that's why I did one (walked out). I actually turned up for the meeting, but I wasn't getting on with the rest of the band, so it didn't happen."