Shaun Ryder: "I Like James Arthur - But He Should See My Dentist" 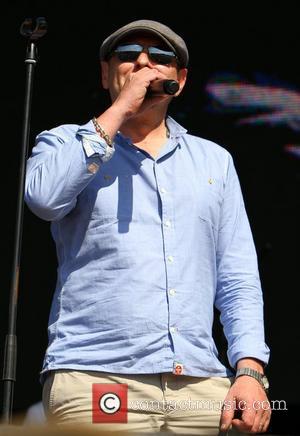 Shaun Ryder has come out of the closet and admitted that not only is he a fan of the X Factor, but more specifically he is a fan of this season's winner, James Arthur. That said, there's one thing about Arthur that Ryder is not a fan of and that is his dental hygiene.

Speaking to The Sun, the Happy Mondays frontman said that he is partial to the occasional episode of the ITV talent show, and a fan of this season's winner, but recommended that Arthur have a dentist get to work and fix his smile for him or else he may end up in the pile of talent show stars, who burnt out all too soon, before he knows it.

Ryder, who has himself reaped the benefits that a mouth remodelling brings, told the paper, "I've seen quite a bit. I quite like that James Arthur kid. He's good, but he should see my dentist."

The insightful reality contestant and frontman went on to say that he is not only a fan of this season of the show and its winner, but also that he is a fan of the X Factor's most famous contestants: One Direction. He astutely told the paper, "Came runners-up, didn’t they? Bunch of kids having a great time. Brilliant."

James Arthur has actually revealed that he plans on having his chompers looked at following his victory on the show when he told the Daily Mirror in a recent interview: "I am going to get my teeth sorted out and whitened. Not for vain reasons - I have always wanted to get them done. I'm a singer. I don't want to open my mouth and have these crooked teeth going on."