British Rocker Shaun Ryder Has Been Secretly Recording Tracks For A Solo Album For Two Years. 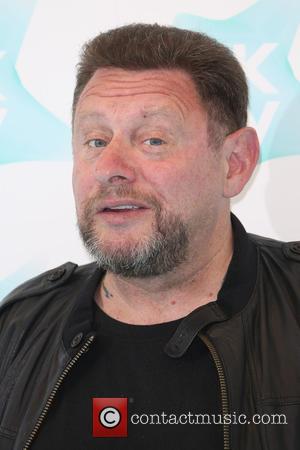 The singer reformed his two ex-bands, Happy Mondays and Black Grape, for comeback tours of the U.K. earlier this year (15), following an announcement in 2012 that Happy Mondays were working on new songs.

In June (15), he unveiled a new track online, and now it has emerged Ryder has been recording material for a solo album - and he even plans to start penning songs for a third Black Grape disc next year (16).

The as-yet-untitled record will be Ryder's first solo release since his debut Amateur Night in the Big Top in 2003.

He tells Mojo magazine, "There's no one better with second chances than me. I'm on to about my 10th... I always manage to get lucky, or get on with it... It has been a f**king long time since Amateur Night at the Controversial-Trying-To-Do-Something-Ridiculously-Weird."

Ryder also revealed working on the solo disc has cured his writer's block, adding, "I've just wrote s**t loads of stories. Which is what I used to do when I used to enjoy doing it. That had really drained out of me. Now I don't find it hard, especially when I've got the right beats there."

He also discussed his plans for a new Black Grape album with bandmate Paul 'Kermit' Leveridge and also insisted the long-awaited new record by Happy Mondays will eventually be released.

Ryder adds, "Me and Kermit have already had a little blast when we've been rehearsing. We're gonna start writing hopefully at the beginning of next year.... The Mondays is always difficult because you've got too many cooks... but it will happen."