Shaun Ryder is a big fan of Taylor Swift and would like to write songs for her and One Direction. 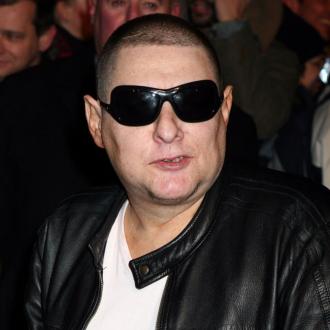 Shaun Ryder wants to write songs for Taylor Swift and One Direction.

The Happy Monday singer - who has six children from three relationships, including three with current wife Joanne - claims he doesn't know much about the current music scene apart from what his younger daughters are listening to but he does think the 'Shake It Off' hitmaker in particular is ''f***ing great''.

He told BANG Showbiz: ''I haven't really got a clue about what's out, it's not that it's rubbish I just don't listen to it. I do listen to Miley Cyrus and all that, whatever seven-year-old kids are listening to.

''And I listen to the other one, the country and western singer, Taylor Swift, she's f***ing great. I'd write a song for her. I'll write one especially for Taylor Swift, and One Direction, absolutely, why not.''

The 'Step On' hitmaker - who presented the Best Dancefloor Filler award, which went to Iggy Azalea and Charli XCX for 'Fancy', at last night's (18.02.15) NME Awards - is currently focusing on his own career and is looking forward to celebrating his group's seminal album 'Pills, Thrills and Bellyaches' 25th anniversary this year.

However, he admits their life on the road is much different now to when the record was first released.

Speaking at the awards, he said: ''This year we're celebrating 25 years of 'Pills, Thrills and Bellyaches', there's a tour in November and December, we're going everywhere. I'm sure the rider will be different this time round. We don't have a bus anymore, we have a mini-van and a driver!''