Happy Mondays singer Shaun Ryder has revealed he once thought Simply Red were his own band. 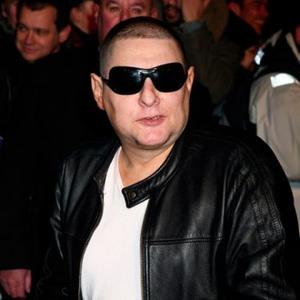 Shaun Ryder once thought Simply Red were the Happy Mondays.

The former Happy Mondays singer - who was famous for his wild partying in the 80s and 90s - was sharing a drink with a friend before his gig when he thought his band had taken to the stage without him, but after jumping onstage and seeing the 'Fairground' group's frontman Mick Hucknall he realised he was mistaken.

He said: "I thought it was our show. I didn't even notice the punters or anything. I ran through the hall because we thought we were due to be playing.

"I jumped on stage and saw Mick Hucknall at the side of the stage and he said, 'What are you doing here?'. Our gig was next door."

The 49-year-old rocker - who has publically admitted to taking drugs during his time with the group - also revealed he was "happy" to go along with reports the 'Step On' band once sold pieces of musician Eddy Grant's furniture from his house in Barbados, where they were sent to record 1992 album, 'Yes Please!' because it was "great publicity".

He added in an interview on 'This Morning': "I did sell some of Eddy's furniture, just the stuff that was around the swimming pool. And I did have a few car crashes. I went along with it anyway because it was great publicity for the album."