Shawty Lo has found out that he just hasn’t got quite the reach to make it in reality TV, after it was reported that his planned show ‘All My Babies’ Mamas’ had been pulled.

The rapper and founder of D4L Records had piloted a show that focused around his quite eye-popping 11 children that he’d had with 10 different mothers. Fertile. However, in a statement to MTV News, the show’s would-be backers announced they’d be pulling the plug. "As part of our development process, we have reviewed casting and decided not to move forward with the special," a network spokesperson said yesterday (January 15). "We will continue to develop compelling content that resonates with our young female viewers and drives the cultural conversation."

The pilot managed to leak onto the internet last month and faced a barrage of criticism, with many uncomfortable at Shawty’s somewhat unorthodox family set up. Talking to MTV about it last year, the MC didn’t go into specifics about the show, but did defend his skills as a father. “You can hate all you want to, I didn't ask for it. It just happened. Now that it happened, I'm supposed to turn my back against it?" he said. "If I wasn't taking care of my kids then you would really dog me out, but I'm taking care of my kids, providing for my family. I don't know what else to say." You don’t have to say anything else, Shawty, just please try and keep it in your pants.

Shawty Lo's 'All My Babies' Mammas' Has Been Canned, Or Has It?

TV Network Oxygen has been working with and filming Shawty Lo's enormous family - eleven children from ten mothers. There has been uproar surrounding it with many people calling for it to be cancelled. It appeared, earlier on today that those people's wishes had come to fruition, but conflicting reports have made it difficult to tell which one is correct.

Last week Shawty spoke to MTV to defend his way of life: "You can hate all you want to... If I wasn't taking care of my kids then you would really dog me out, but I'm taking care of my kids, providing for my family. I don't know what else to say." He's making a fair point there really, no one should be judged for the extent of their family, surely only by the way they treat the members they have. But ColorOfChange had considered the premise of the show to be reinforcing black stereotypes, while Oxygen said that it was "not meant to be a stereotypical representation of everyday life for any one demographic or cross section of society."

Anyway, the DailyBeast reported originally that the show had been cancelled. Later AllHipHop received information from an Oxygen rep saying that the rumour was a complete falsehood. However now, in a third turn of events, THR received a further statement confirming the initial reports: "As part of our development process, we have reviewed casting and decided not to move forward with the special. We will continue to develop compelling content that resonates with our young female viewers and drives the cultural conversation."

Continue reading: Shawty Lo's 'All My Babies' Mammas' Has Been Canned, Or Has It?

A reality show about rapper Shawty-Lo created problems before it had even aired. The show is about Shawty and the ten women with whom he has had eleven children with. Having been accused by FoxNews (and a number of other people) of "[living] a life devoid of respect for women, himself and even the concept of manhood in general." The show has not yet aired, but, he has defended himself, as MTV reports.

While he makes a fair point, he then continues by boasting about the height of his drug dealing past, and blaming his numerous children and 'baby mammas' on his old career. "I came to be one of the largest drug dealers to come from Atlanta... When the money came, a lot of women came," he said, estimating he was a millionaire by the time he turned 21, adding that when the women he dated became pregnant, "They wouldn't have an abortion. They used to take the money and run with it, and they'd have a baby by the most popular guy in the street, and that's how I had all them kids."

NBC Universal’s Oxygen channel seems to be scraping the barrel a bit with its new reality show All My Babies' Mamas and the Parents Television Council are not happy about it.

The show depicts the life of Atlanta rapper Shawty Lo who has fathered 11 children by 10 different women (who have nicknames like ‘Jealous’ and ‘First Lady’), who all live in the same house in Atlanta with him.

The show, which sounds like a feminist’s dream, is scheduled to hit the airwaves in the spring. But not if the PTC have anything to do with it. They’ve teamed up with New Yorker Sabrina Lamb, who has already started a well-received petition on Change.org to get the show canceled before it’s even begun. According to a report from The New York Post, the petition has already received 22,000 signatures in the space of a fortnight and with the might of the PTC behind it, will no doubt gather more. 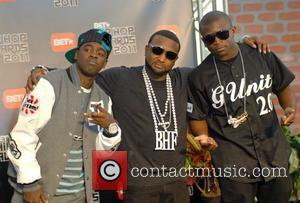 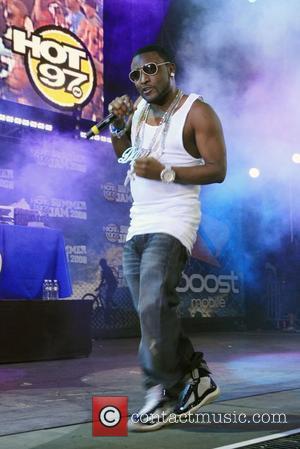