The lurid video, believed to have been taken two years ago, happened back when Ward was single, with the star claiming he was 'catfished'.

Actor and singer Shayne Ward has been left “hugely embarrassed” by an old sex tape that was leaked, which shows the star seemingly pleasuring himself while speaking to a woman back when he was single.

The 32 year old actor, who has played Aiden Connor in the long-running ITV soap since 2015, can allegedly be seen in the lurid clip, while blurred stills from the footage show his face and chest tattoos, in a video that’s years old and dates back to 2014, well before he met his current girlfriend. Shayne Ward has been left "red-faced" by the leaked tape

Shayne Ward is heading to the cobbles. Shayne Ward is to join the cast of Coronation Street

Aiden is penned as the street's new heartthrob and will make an enemy of Tracy Barlow's ex-husband Robert Preston (Tristan Gemmill).

By Victoria Pavlova in Music / Festivals on 04 March 2014

It’s off-season for the X Factor right now, which means that it’s about time for former contestants to announce exciting new endeavors. The latest finalist moving on with his breakaway career is Rhydian Roberts. The X Factor alum will release a new album –his fifth studio collection – on April 7, Digital Spy reports. The album, titled One Day Like This will be released by Futura Classics. Rhydian has worked with the Orchestra of St. John and producer Ben Robbins for the record. Roberts will release his fifth album in April.

"This album has an epic feel," The classically trained vocalist said. "I wanted it to have that wide screen quality you get with the best movie soundtracks. Roberts describes the album as “mesmerising and inspiring, full of passion and exciting all your emotions. Love, romance, hope, despair, faith, and the joy of being alive are all in there." 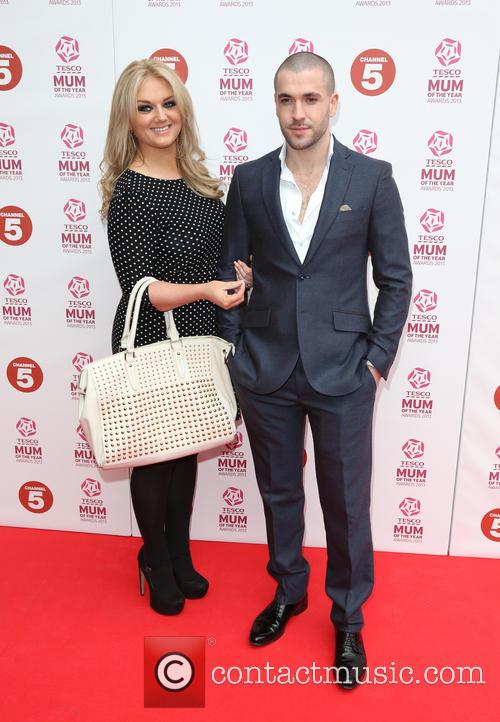 Shayne Ward told This Morning’s viewers that he knew he’d get the boot from Dancing on Ice 2013 and respectfully described his victor Matt Lapinskas as “an amazing skater.” The singer, who won the second series of X Factor back in 2005 told the morning TV hosts Philip Schofield and Holly Willoughby that he had a feeling that Matt would be saved, over him.

Ward revealed his disappointment at being kicked off the show, Entertainmentwise report. “I'm gutted,” he said. “But to be against Matt - I said to him just before the skate off 'just smash it, its been an absolute pleasure'...because I knew that Matt was gonna be getting through - even with the stumble. He's an amazing skater.” In fact, Ward even confessed that he would probably have picked Matt over himself, as well. “If I was a judge I would've put him through as well because he's that good a skater, so I always knew I was going to come second to him."

Ward was starring in the West End musical Rock of Ages but announced his intention to return to the recording studio last year, once his contract with the musical had expired. Although he was upset to have been voted off the show, he was grateful for the opportunity to appear on the celebrity ice skating show. “I'm going to carry on. I've loved it. I've been taught by the best and developed a skill, I can't wait to carry on. I didn't know what to expect - I did know that it'd be hard, because I'd never skated before but I've loved the whole experience.”

What A Boob! Pamela Anderson The First To Be Eliminated From 'Dancing On Ice'

Those looking forward to getting to see former Playboy model and Baywatch star Pamela Anderson pull some flexible shapes on the ice this winter will have been left disappointed after the first weekend of the new series of Dancing On Ice saw the 45 year-old become the first celebrity eliminated.

The result could be considered harsh on Anderson, who – with her partner Matt Evers - had placed third after the judges vote the first time round. However, once the voting was put over to the public she found herself in the bottom two and having to skate again, facing the subsequent humiliation of losing out to TV unfunnyman Keith Chegwin in the skate-off.

Blaming her most famous assets, Anderson told presenter Phillip Schofield “I just stumbled, my dress...my boobs fell out, it happens”. She also took to Twitter to express her sorrow at being knocked out so early, writing: "Thanks for everything. Sorry I was voted off... My dress fell apart in save-me skate. Devestated [sic]. Sorry international calls were not excepted [sic]. I couldn't vote with my own phone." Those who made it through on the first weekend were Coronation Street actress Samia Ghadie, Eastenders’ Matt Lapinskas, Olympic gold-medal winning Beth Tweddle and former X Factor winner Shayne Ward. Six other contestants, including TV presenter Anthea Turner and Olympic boxing gold medallist Luke Campbell skate for the first time next weekend. 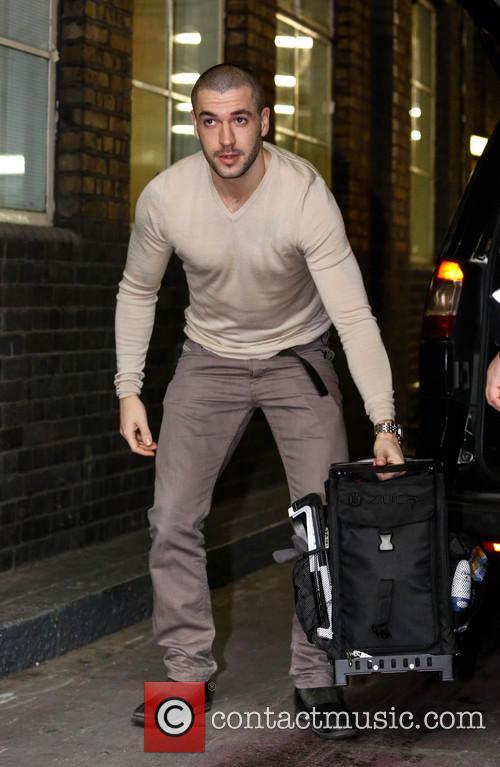 This year’s x factor winner James Arthur has now beaten Alexandra Burke to have the fastest selling X Factor winner’s single since the show began. The song was released online almost immediately after he was announced as the winner. Just 24 hours later, the track had been downloaded over 187,000 times, The Independent reports. That’s a pretty impressive increase on the previous title holder; Burke’s version of ‘Hallelujah’ sold 147,000 in the same space of time back in 2008.

This year’s X Factor single is James Arthur’s ‘Impossible,’ a cover of the song by Shontelle. Comparing Arthur’s popularity to other recent years, Leona Lewis’ ‘A Moment Like This’ sold 101,000 and Matt Cardle sold 112,000. Out of the list of previous winners, of course, Cardle is the one to whom James Arthur should pay the most heed. Leona and Alexandra may have gone on to have successful careers but Cardle serves as a stark reminder that even with a huge PR machine behind them, X Factor winners can quite easily sink without trace once the initial hype has drifted away.

Keen to keep the fans that he does have on side, James was quick to show his gratitude on Twitter once the news of the sales figures broke. “Wow just seen the figures for the single sales and it’s blowing my mind! Thank you all for buying it on iTunes.” He’ll have to wait until the end of the week to see if he can keep up the momentum and beat Shayne Ward’s first week sales of 742,000. 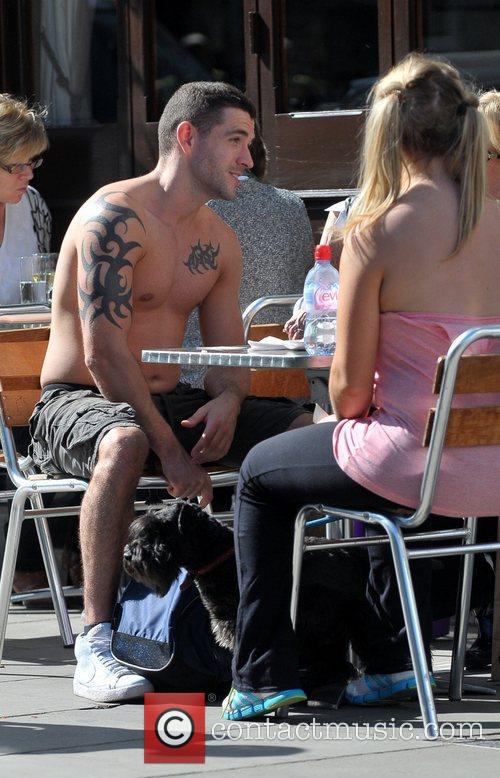 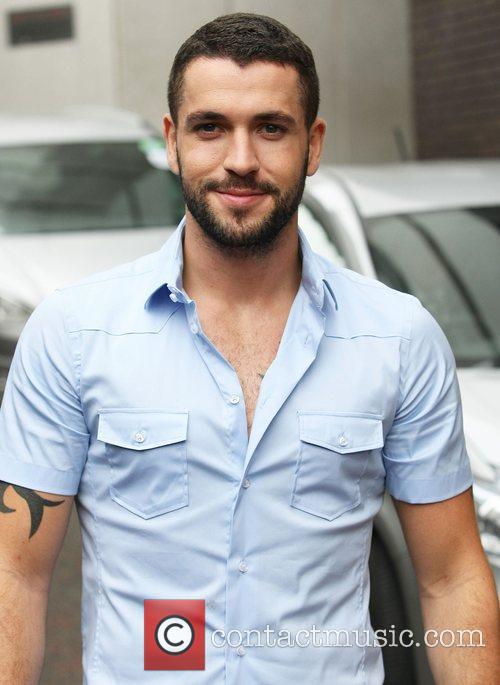 Shayne Ward - Stand By Me Video