'The View' co-host's husband, Lamar Sally, filed the legal documents just over a week ago. 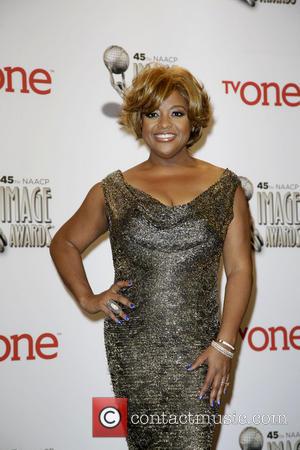 Sherri Shepherd finds herself a single women again as she separates from her husband Lamar Sally.

'The View' co-host's husband filed divorce papers just over a week ago on May 2nd, after only three years of marriage, TMZ reports.

Mr Sally cited irreconcilable differences as the reason in the legal documents.

The pair walked down the aisle on August 13th 2011, at the Fairmont Hotel in Chicago, but they have no children together.

Shepherd is the mother to her 9-year-old son Jeffrey from her first marriage to comedian Jeff Tarpley, with whom she divorced in 2009 after 8 years of marriage once she found out he was having an affair.

Shepherd and Sally were planning on having a child together, and last summer the 47 year-old TV personality revealed that they have found a surrogate.

"We're starting the process of making sure the uterus that we picked is not crazy," Shepherd told Essence in June 2013. "I put out there that I would give someone a free weave for a year and a free Hyundai. Literally, we'd be at the club and these girls would be like 'I'll carry yo' baby.' I don't think so...So, it's been a journey trying to sift through the ones with drama and no drama so I think I have one, but I'll definitely keep everyone updated."

However, TMZ also claim Sally wants full legal and physical custody of their unborn child, and only wants Shepherd to have visitation rights, once the surrogate gives birth which is due on July 29th.

According to the gossip site, Sally could only file for a legal separation because he has lived in Los Angeles for only three months, and in the state of California there's a 6 month residency requirement.

In three months' time he will change it to a divorce. Sherri and Lamar were only married for three years