Lawless Star Shia Labeouf On 'The Downfall' Of His Career 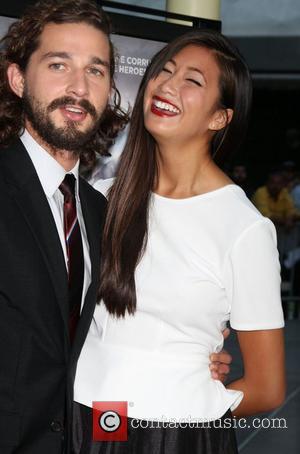 Lawless actor Shia LaBeouf has admitted his honesty about the state of the movie industry will probably be the downfall of his career. LaBeouf is certainly a controversial character - in June, he stripped naked for a Sigur Ros music video, and last week admitted he would be having 'real' sex in an upcoming Lars Von Trier movie.

LaBeouf also caused a storm by suggesting 'Indiana Jones and the Kingdom and the Crystal Skull' could have been better, temporarily derailing his friendship with director Steven Spielberg. Of course, none of this has done any harm to his new movie 'Lawless', and the 26-year-old referred to the mini-furores while attending the red carpet premiere this week, telling the Los Angeles Times, "I wish I prepared for these things.and I don't, which is probably the downfall of my career". Nevertheless, LaBeouf will want to avoid making any further gaffes as head heads to the esteemed Toronto International Film Festival next month. There, he'll promote his new Robert Redford directed movie 'The Company You Keep', in which he plays a journalist. In preparation for the role, he spent time with L.A. Times reporter Robert Faturechi, saying, "I studied [Faturechi] for a while. That's who I'm playing. He's my muse.You guys really helped me. Thank you, L.A. Times".

Soon, Shia LaBeouf will once again team up with 'Lawless' director JOHN HILLCOAT for the crime-drama 'Triple Nine' about an upstanding cop who interferes with his colleague's plan to pull off a major heist.