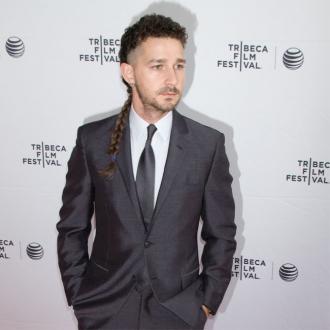 Shia LaBeouf has been following Gary Oldman ''like a weirdo''.

The 29-year-old star - who's caused a stir in recent times with his bizarre behaviour - reunited with his 'Lawless' co-star in 'Man Down', and has revealed his admiration for the acclaimed actor.

''I do anything he tells me. I follow him around like a weirdo. I hear he's going to sound mix or something and I'll just show up and dude's looking at me like 'What are you doing here?' because I've already seen the sound mix but I'm back there and go 'Hey, what's up Gary? Looking at sound mix huh?' ''

What's more, Shia said working on 'Man Down' with director Dito Montiel served as good ''therapy'' for him.

He said: ''He came to my house when I was in a really low place and offered it to me like therapy, like 'Here's a healing process so we can jump into together and get well.'''

''I do much better with loving, familial environments where you feel like you can fail and the dude will get you on the other side. So I'm trying to make friends now and work with those people.''