Shia LaBeouf Appears To Have Moved On Following A Reported Split From Girlfriend Mia Goth After He Was Spotted Holding Hands With Actress Sasha Lane. 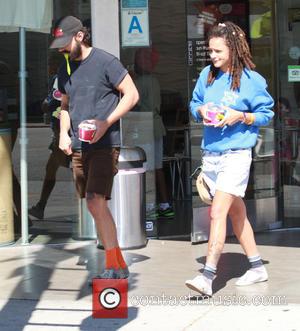 Last month (Jul15), the Transformers star was caught on camera admitting he "would have killed" Goth had locals not intervened in a heated dispute he had with his ex on a street in Tubingen, Germany.

LaBeouf has not been seen with Goth since, but on Saturday (29Aug15) he was photographed with Lane, his co-star in the upcoming film American Honey.

The actors were holding hands as they crossed a street in Sherman Oaks, California, just before heading into a local restaurant for lunch.

The two have been snapped together on multiple occasions, and Lane has previously posted a photo on Instagram.com of of LaBeouf drawing in a journal at a table, along with the caption, "Home".