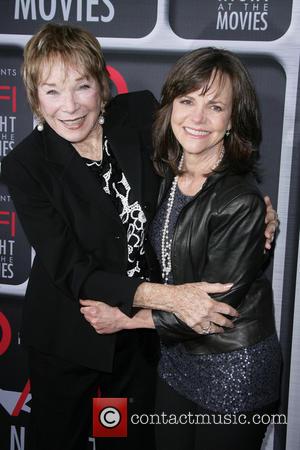 Actress Shirley Maclaine got costume designers on the set of Downton Abbey to incorporate a hand fan into her outfit so she could keep cool during a scorching summer heatwave.

The Oscar winner plays aristocratic Martha Levinson in the hit period drama, but she was left struggling to stay cool when a special festive episode of the show was shot in July (13).

The U.K. was basking in a record-breaking run of hot weather at the time, and MACLaine was so desperate to keep her body temperature down, producers allowed her to cling on to a hand fan as part of Levinson's costume.

She tells British newspaper The Sun, "How about those costumes in 91 degrees (Fahrenheit)? That was no fun. I had a fan as my constant companion. We ended up adding it to Martha's costume because I couldn't do without it."

No More Plastic Surgery For Maclaine