Garbage's Shirley Manson thinks streaming is ''a crime spree'' because it is so bad for musicians.

The outspoken musician has slammed the idea of using services like Spotify or Tidal because they are unfair for artists, who fail to receive a fair share of the money earned by the companies and record labels.

She ranted: ''Now you get music for free. If people understood the economics of streaming they would be a little more sympathetic to an artist's plight.

''It's a crime spree. I don't think people understand that record companies still continue to make enormous amounts of money. They strike the deals with the streaming companies.

The 48-year-old frontwoman - who will celebrate the 20th anniversary of her band with their '20 Years Queer Tour' later this year - admitted she has hopes for the future of music though, and believes a fairer system will be developed in the near future.

She told entertainment website Digital Spy: ''It's early days though and I do think it will be changed.''

The controversial comments aren't the first to be made by the star this year, who branded rapper Kanye West the ''loudest clown in town'' back in March.

She said at the time: ''Some of us just enjoy making music and having a long lifespan of a career without having to dance as fast as we can, or be the loudest clown in town or be having to hitch ourselves to the latest, greatest, freshest sound in order to remain 'on top.'' 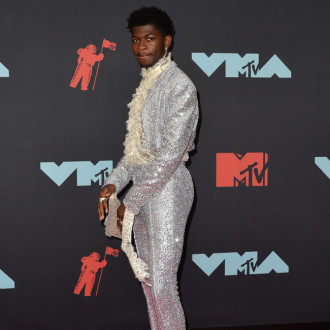