Following her landmark deal with Netflix, Shonda Rhimes has announced a slate of eight shows for the streaming service.

Last year, Shonda Rhimes sent shockwaves through the entertainment industry when she decided to jump ship from her usual home of ABC Studios, after landing a $300 million deal at Netflix to create original programming for the streaming service. Since that point, we've only really heard a little bit of news as to what Rhimes and her Shondaland production company - ran with longtime collaborator Betsy Beers - would be getting up to.

A few weeks back, it was announced that the company would be taking on New York Magazine story 'How Anna Delvey Tricked New York's Party People', but this weekend the showrunner has ramped things up to 11, announcing a further seven projects for Netflix.

The executive producer of many of television's shows has inked a new deal with the streaming service.

Shonda Rhimes is without a doubt one of the most prolific executive producers in television, with the mastermind bringing such shows as 'Grey's Anatomy', 'How To Get Away With Murder' and 'Scandal' to the small screen via US TV network, ABC. Now though, Shonda's taking her production company Shondaland to a different home, after inking an exciting new deal.

Shonda Rhimes is one of the biggest talents in TV

Signing a multi-year agreement with Netflix to produce new series and other projects on the platform, Rhimes will move alongside her long-term producing partner Betsy Beers. There's no word yet on exactly what will be appearing on the streamer, but those working behind-the-scenes are clearly very excited about the move.

The hit television writer admits that the current political climate makes it difficult to stick to her usual writing techniques.

Shonda Rhimes is one of the modern days most successful television writers. Bringing such shows as 'Grey's Anatomy' and 'How To Get Away With Murder' to the small screen, she enjoys a host of accolades and award nominations each years for her various creations, and 'Scandal' is no exception. Starring Kerry Washington in the lead role of Olivia Pope, the series has told some of the wackiest and insane stories straight from Washington for almost six full seasons now. Whether it's to do with the various relationships going on inside the Oval Office, unexpected murders or even a character eating her own wrists, the show certainly has something for everybody watching.

She tweeted to correct 'Good Morning America's report that season 6 would be 'Scandal's last.

‘Scandal’ creator Shonda Rhimes had to quickly send in a tweet to ‘Good Morning America’ this morning to dispel the impression that the popular political thriller was about to end after the upcoming sixth season.

On Wednesday morning (July 27th), the ABC magazine show mistakenly reported that ‘Scandal’, which has been broadcast on ABC since 2012 and stars Kerry Washington, Tony Goldwyn and Scott Foley in the main roles, would be concluding after the next season, and that its showrunner and chief writer Shonda Rhimes was the source for the report. Shonda Rhimes, creator of 'Scandal', denied the show was coming to an end

The shock death of Patrick Dempsey’s character left fans reeling at the end of last season.

‘Grey’s Anatomy’ creator Shonda Rhimes has finally given some insight as to why Derek Shepherd, Patrick Dempsey’s character on the hit ABC show, had to die at the end of last season. The show runner said that killing off the fan-favorite character was really the only choice she had, in order to preserve Meredith and Derek’s story of 'true love'. 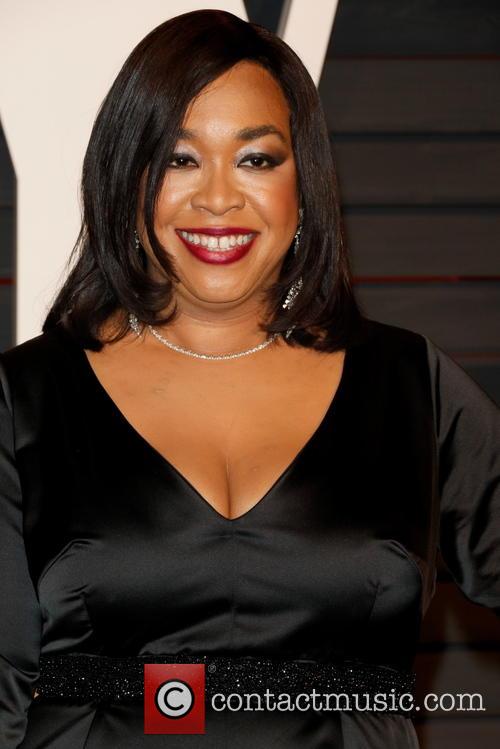 Shonda Rhimes has finally spoken about the decision to kill off Derek in ‘Grey’s Anatomy’.

"The decision to have the character die the way that he did was not a difficult one in the sense of what were the options?" Rhimes said during the 2015 Summer TCA press tour. "Either Derek was going to walk out on Meredith and leave her high and dry, and what was that going to mean?"

Continue reading: Shonda Rhimes Speaks Out On Why 'Grey's Anatomy's' Derek Shepherd Had To Die

The ‘Year of Yes’ has so far been described as ‘surprising, hilarious, poignant, and accessible’.

As the creator of ‘Scandal’, ‘Grey's Anatomy’ and ‘How to Get Away With Murder’, Shonda Rhimes is by far one of the most powerful and successful forces in television. But the queen of Shondaland is about to add another title to her impressive resume, as she gets set to publish her first book this fall. Shonda Rhimes’ first book is due out in November.

Year of Yes was announced today and is set to hit shelves this November, just in time of the holiday season. According to the press release from publisher Simon & Schuster, the novel will detail a year in Rhimes’ life when she was set a very interesting challenge, to just say yes to everything.

Spoiler alert, if you haven’t yet seen the most recent ‘Grey’s Anatomy’ you might not want to read on.

Wether you got to watch it first or you had the internet spoil it for you, Thursday’s episode of ‘Grey Anatomy’ featured one of the most shocking twists in TV history, a main character death that no one saw coming. Spoiler alert; this one’s going to be tough. Speaking to Entertainment Weekly, actor Patrick Dempsey who played doctor Derek Shepherd for 10 years on the ABC drama, tried to give some insight into the shocking decision to kill of the fan favourite character.

By Stephanie Chase in Music / Festivals on 24 February 2015

Where do you stand on Lady Gaga’s ‘Sound of Music’ Oscar medley?

Most may have been suitably impressed by Lady GaGa’s tribute to The Sound of Music during Sunday’s Oscars ceremony, but one viewer who just couldn't get into it was ‘Greys Anatomy’ creator Shonda Rhimes. Yes the ‘Scandal’ showrunner tweeted her disapproval during Gaga’s big moment and even thought Maria herself, Julie Andrews, must have felt the same. Lady Gaga won over many with her Oscars performance

"That was not okay, I mean, Idina is there. She is right there. RIGHT THERE,” " Rhimes told her Twitter followers on Sunday. Adding, "And oh dear God, Julie (Andrews) had to hear that. #Oscars2015.” 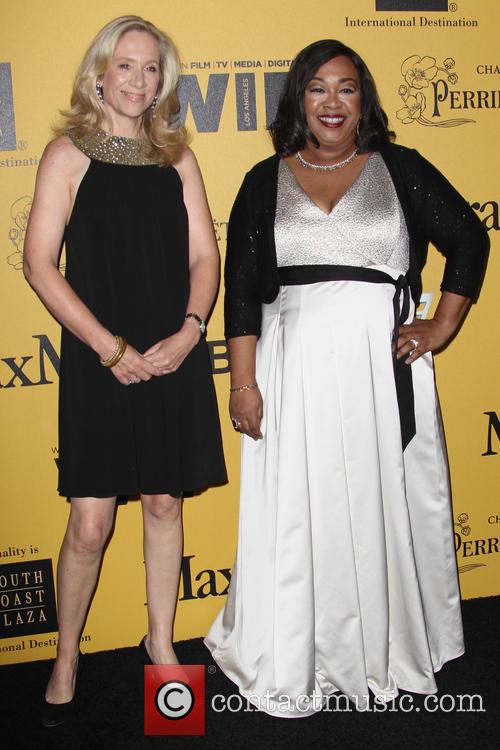 It's a whole new world of ABC pilots!

The series pickup frenzy is hitting ABC this week, with the channel announcing orders for five new series so far. Two of the pickups are rather unsurprising. One is the suspence thriller How to Get Away with Murder, developed by Shonda Rhimes and Betsy Beers – ABC’s resident hitmakers behind Grey’s Anatomy and Scandal. The series stars Viola Davis as a "brilliant, charismatic and seductive" law professor who gets entangled with four students from her class. Just wait till Twitter sinks its teeth into this one. Shonda Rhimes is bringing a third potential hit to ABC this fall.

Then there’s Marvel’s Agent Carter, continuing ABC’s successful collaboration with Marvel. The new series pickup comes on the heels of ABC’s renewal of Agents of S.H.I.E.L.D. The series stars Captain America's Hayley Atwell and takes place a year after the events of Captain America: The First Avenger. According to the LA Times, it follows the story of Peggy Carter as she battles sexism in the 1940s and builds a career as a secret agent. The series sounds like a good choice to tap into the ongoing discussion about hot topics like feminism, sexism in the workplace and so on. Plus, it would give an even more comprehensive look at the Marvel universe from “ye olde days”, which is always a good thing.

The 'Friends' alum will star alongside Kerry Washington in hit political drama, 'Scandal.'

Friends actress Lisa Kudrow has been picked for a recurring role in ABC's smash-hit drama Scandal and it is being speculated that she will play a politician in the White House. In other words, it's safe to say we won't be hearing any 'Smelly Cat' renditions coming from the serious political series' new recruit. Expect To See The
Friends Actress Gracing TV Screen Once More This Fall.

Scandal's third season will debut on 3rd October on ABC and will further follow the story of political fixer Olivia Pope, who is played by the Emmy-nominated Kerry Washington. The show focusses on Pope's crisis management firm and its involvement in White House government affairs. 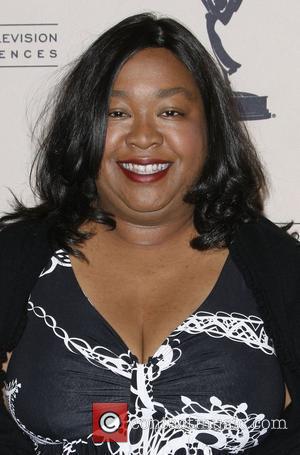