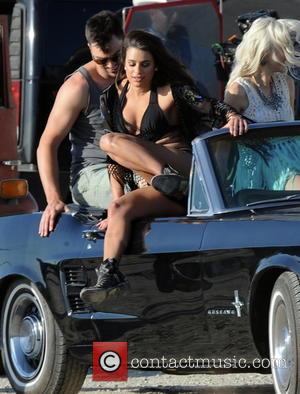 Singer/songwriter Sia Furler was able to channel Lea Michele's heartbreak over the death of her boyfriend Cory Monteith in song after suffering a similar tragedy in her own life.

The Australian musician, who has written hits for the likes of Rihanna, Christina Aguilera and Britney Spears, headed into the studio with the Glee star shortly after the actor died from a heroin overdose last year (13) and together, the singers came up with the lyrics for the emotionally-charged If You Say So, which details the couple's final conversation.

Furler, whose teenage boyfriend Dan was killed in an accident with a London taxi, reveals the song struck a chord with both her and Michele because they had both experienced young love cut short by tragedy.

She tells the New York Times Magazine, "Maybe it was because I have a dead boyfriend, too."

However, Furler admits she wasn't comfortable writing such "cheesy" lyrics until she saw how moved Michele was by her words.

She explains, "Maybe I have some shame around it (the song). Maybe I'm embarrassed because I'm writing something so cheesy. Then something like that experience (Michele's reaction) will happen, and I'll realise maybe I'm not as stupid as I thought - and maybe people aren't as stupid as I think. It occurs to me that there is value to what I do."