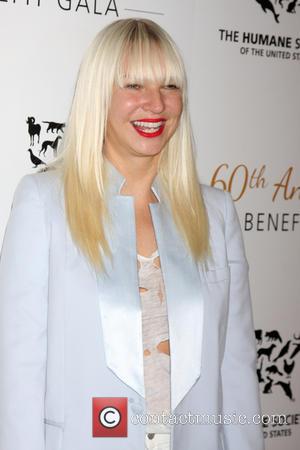 Singer/songwriter Sia insists she will continue performing with her back to the audience because she doesn't want to be famous.

The Australian star conducted her latest U.S. Tv interview on Chelsea Handler's show Chelsea Lately with her face out of sight and Sia explained she has no intention of becoming a star.

The Chandelier singer told the host, "All my friends that I write pop songs for are super-famous and it really f**ked them up. (Being) hunted, paparazzi style, that stuff doesn't appeal to me at all; I'm really private.

"I want to be able to get fat and pee by the side of the road."

Sia has remained out of the spotlight during promotional duties for her latest album 1000 Forms of Fear, refusing to appear in the music videos and photographs, and often performing with her back to the audience during Tv slots.