The film-making great will be given the Golden Globes' Cecil B. De Mille Award at next years ceremony

Woody Allen is to be awarded the Golden Globes' Cecil B. De Mille Award at next years awards show, the Hollywood Foreign Press Association (HFPA) announced on Friday, 13 September. The prolific writer, director, producer and actor will be bestowed with the award at the 71st Annual Golden Globes ceremony taking place on 12 January 2014.

Allen has been working in film for six decades

“There is no one more worthy of this award than Woody Allen,” HFPA president Theo Kingma said in the official announcement. He added, “His contributions to filmmaking have been phenomenal and he is an international treasure.”

By Christopher Null
Excellent
Sidney Poitier is on fire, as usual, in this play adaptation -- something in the vein of A Death of a Salesman, Long Day's Journey into Night, and A Tree Grows in Brooklyn. Poitier's family faces racial prejudice as it moves into a new home in an all-white neighborhood while entering an ill-advised business venture that leaves them penniless. The struggle to triumph in the face of adversity transcends the film being pegged as a civil rights picture, and thanks to the leadership of Poitier, a classic is born.

A Patch Of Blue Review

By Christopher Null
Excellent
PIty blind Selina (Elizabeth Hartman). She hasn't been marginalized so much as completely ignored by her family and society. She's a grown woman and yet she's never even been taught how to cross the street. Lucky for her she finds a savior in Gordon (Sidney Poitier), who takes her under his wing and teaches her the basics of getting around in modern society -- though he, of course, can see. A romance develops, but it doesn't go over well in these barely-unsegregated days. Whether this ends in total tragedy or a bittersweet parting is the only real question here (though the ending was altered from the novel) -- but the film is so well-acted and expertly written that you root for them nonetheless. Shelley Winters (inexplicably) won an Oscar for her role as Selina's bigoted mother.

By Christopher Null
Extraordinary
A delirious guilty pleasure, Sneakers is about as probable as me parting the Red Sea -- and just as fun. I mean, can you imagine: Redford, Poitier, Strathairn, Aykroyd, Phoenix, McDonnell, Kingsley -- all in one film? You'd expect at least six Oscars just on names alone. No such luck here, but this latter-day WarGames is an all-out riot.
1
Sidney Poitier

Sidney Poitier Thanks Good Samaritan Who Taught Him How To Read 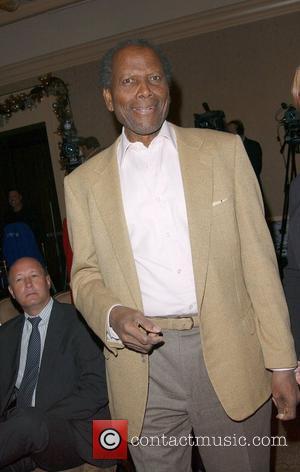 A Raisin In The Sun Movie Review

A Patch Of Blue Movie Review