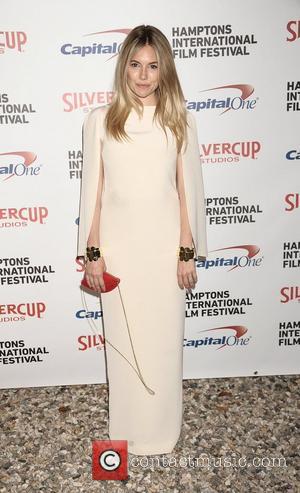 HBO’s The Girl tells the tale of Alfred Hitchcock’s relationship with the screen star Tippi Hedren - played by Sienna Miller. The story itself seems to be the real winner here; the TV movie explores the theory that Hitchcock (played by Toby Jones) “behaved like a psychotic lout” towards Tippi Hedren during the two films that they made together (The Birds and Marnie).

When Hedren spurns Hitchcock’s sexual advances, he uses his directorial power to torture her. When filming The Birds, he insists that she films take after take of the scenes in which she is attacked by birds. He does his best to break her spirit but ultimately, she remains strong and ultimately retains the upper hand.

New York Daily News have praised the feature, saying that Miller and Jones’ performances “keep the story alive and moving,” though Jones’ Hitchcock has but one dimension: “an arrogant egomaniac who was unpleasant to everyone around him.” Imelda Staunton is landed with the role of his unenviable wife, portrayed here as an “enabler” of his torrid behavior. The power of this disturbing story, according to chron.com is so fierce that you will be left feeling like you need to take a shower afterwards. According to their report though, Toby Jones’ performance is caricatured and lacking in authenticity.

There’s a great deal of interest around Hitchcock at the moment, what with the forthcoming release of ‘Hitchcock,’ starring Anthony Hopkins and Helen Mirren. That film also explores Hitchcock’s life behind the camera – notably his relationship with his wife during the filming of Psycho. That cinematic release will undoubtedly be turning a few more heads than HBO’s TV drama but this provides an interesting insight into a creepy man, known for his creepy films and acts as an excellent precursor to the forthcoming movie.