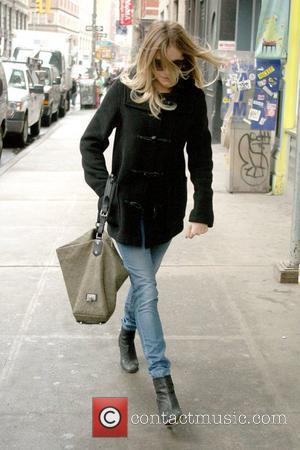 Sienna Miller, Bill Nighy and Emma Thompson are backing a campaign urging the U.K. government to implement a new tax on the country's bankers.
Finance workers have been embroiled in controversy in recent months after it was revealed some firms handed out huge bonuses to their top staff, despite vowing to slash payouts during the worldwide financial crisis.
The trio of Brit stars have lent their support to the 'Not complicated. Just brilliant' campaign, which is calling for banks to pay an extra tax on transactions between other financial institutions that can then be passed on to the country's public services.
Nighy has starred in a short online film - directed by Richard Curtis - calling for the tax, while Thompson and Miller have donned 'Robin Hood' masks to promote the cause.
Alfie star Miller says, "A tiny 0.05 per cent tax on bankers could raise billions for public services and tackle poverty and climate change at home and abroad - small change for the banks can mean big changes for the world."