Sienna Miller is set to co-star with 'The Hangover' actor Bradley Cooper in the new Weinstein Company picture 'Chef'. 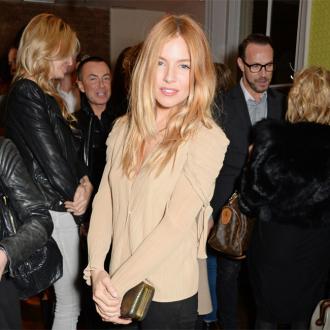 The 'Layer Cake' actress will appear alongside 'The Hangover' star in the John Wells directed picture - with Cooper playing a top chef who loses his restaurant in Paris and moves to London to revive his career.

The project - which has no official production start date - will be penned by Steven Wright and produced by Michael Shamberg, Stacey Sher and Erwin Stoff.

Miller's part in the movie is yet to be announced.

Meanwhile, 'Chef' will mark a reunion between the pair - who have just finished filming Clint Eastwood's 'American Sniper'.

Cooper, 39, stars as Navy SEAL Chris Kyle in the film, which follows the story of the expert marksman, who was killed by a discharged war veteran suffering from post-traumatic stress, with Miller, 32, playing his wife Taya Renae Kyle.

The film has been adapted from Kyle's book, 'American Sniper: The Autobiography Of The Most Lethal Sniper In US Military History'.

Miller is also in the process of filming the biopic 'Black Mass' starring Johnny Depp as the organised crime boss Whitey Bulger, in which she plays his lover Catherine Greig.