Sienna Miller Has Mastered The Art Of Cooking Fish After Taking Lessons From Top British Chef Marcus Wareing For Her New Movie Burnt. 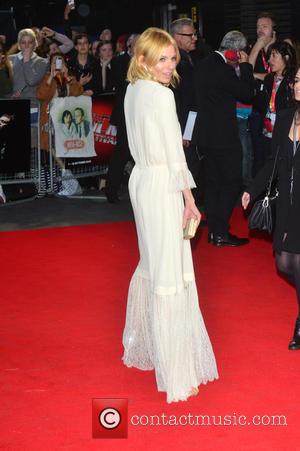 The actress reunites with her American Sniper co-star Bradley Cooper for the culinary comedy/drama, about a troubled chef who attempts to win over critics with his new venture, and earn his third Michelin star.

Both actors underwent intense training sessions with Marcus so they could look the part onscreen, and the cooking expert has singled out Sienna as the cast member with the most potential to make it as a professional chef.

Sienna admits the compliment is "very exciting" and credits Marcus, who owns his own eponymous two-Michelin-starred restaurant in London, with vastly improving her own skills in the kitchen.

"I was definitely a foodie but I would not have been able to do the pasta (make it from scratch)," she tells U.S. breakfast show Good Morning America. "I got trained by a Michelin star chef...

"I was on the fish station (for most of the film) and fish is something that is kind of simple, but really difficult to cook well, so that's what I can now do better than I could before."

Sienna admits shooting Burnt gave her a real insight into how stressful running a commercial kitchen can be and now she sympathises with restaurant staff whenever she dines out.

"I think you understand more how a restaurant is run," she adds. "It's a pretty hectic, high octane environment to work in."

Burnt was filmed shortly after the actors completed work on their critically-acclaimed biopic American Sniper, in which Bradley portrayed real-life U.S. Navy S.E.A.L. sniper Chris Kyle, and she admits teaming up with him again was a real joy.

"He always really goes quite deep (into his characters) and is obviously incredibly versatile as an actor so it was great, we get along really well," she gushes.