Sienna Miller thinks she will always be associated with the hippy look because of her down-to-earth personality. 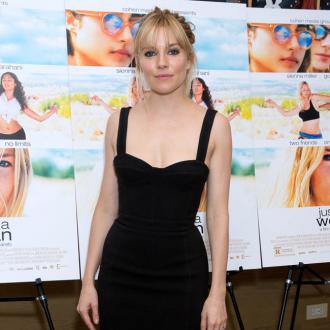 Despite favouring a more ladylike look nowadays, the actress believes people still associate her with the boho look she helped pioneer in the early 2000s alongside the likes of Kate Moss and Nicole Richie because her down-to-earth personality makes her style seem more relaxed.

She said: ''I suppose I am inherently bohemian in terms of the way I am as a person, and I definitely went though a hippy phase with my style. But I think it's more about the way my personality is than the way I dress.

''Now I'm a bit older, I do appreciate tailoring more than I used to, but my personality is still very laid-back. Even when I put on a suit I still look like a hippy.''

'The Girl' star thinks clothes are a clear reflection of the self and she always tries to pick items which suit her.

Sienna explained: ''I think personal style is all about feeling comfortable in your own skin, knowing what suits you and wearing clothes that are a clear reflection of who you are.''

The 31-year-old blonde also revealed her early childhood memories of her mother's bedazzled 80s clothing still inspire her fashion sense to this day.

She added in an interview with LOOK magazine: ''My mum was very glamorous in a shimmery, 80s sort of way. It was inspiring to grow up around creative people.''