Sienna Miller Is Urging Fellow Actresses To Boycott Film Projects Which Do Not Offer Equal Pay For Female Stars. 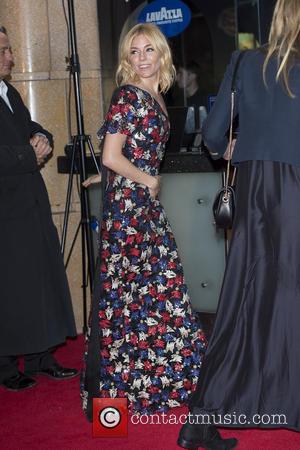 The issue of wage equality in Hollywood has been a regular topic in the headlines since emails leaked during the Sony Pictures hacking scandal revealed the female stars of hit drama American Hustle were paid substantially less than the male actors.

Cast member Jennifer Lawrence, whose pay cheque was far smaller than that of co-stars including Bradley Cooper, recently addressed the issue in an open letter in which she blamed herself for not fighting harder for equal pay.

Sienna, who appeared with Bradley in American Sniper and new movie Burnt, has also found herself at the centre of the issue after she quit work on a Broadway play amid a pay dispute, and she has now insisted actresses in Hollywood need to stand up for themselves.

Female stars should "collectively blacklist" projects which do not pay men and women the same, she tells Harper's Bazaar magazine.

"We've got to be in control and it's a constant battle," she adds. "Often, we're exploited, our sexuality is relied on to promote a film, and I think that probably comes with much more of a cost than we allow ourselves to believe. And I've had it with all of that. Being dignified is better for your soul."

Sienna goes on to explain why she walked away from the New York stage project earlier this year (15), admitting she was offered "less than half" of the pay her male co-star was to receive.

"It was a two-hander, we'd be on stage for the same amount of time doing the same job, and they said I would not be paid within a hundred miles of what he was going to have," she explains.

The British actress also talks about how becoming a mother to daughter Marlowe in 2012 changed the way she picks roles.

"I only want to work for amazing, capable directors... Otherwise the time away from my daughter is not worth it," she adds. "I don't think I am going to gamble as much as I used to, or pick a role just because it's a great role. If the film is in the wrong hands it won't be right."