Sienna Miller wants the Cannes Jury Prize for herself

The Coen Brothers have joked that Sienna Miller wants to try and sway her fellow judges to give her the Palme D'Or award to her instead of a film at the end of the Cannes Film Festival. 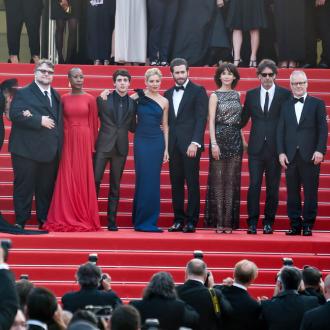 Sienna Miller wants the Jury Prize at the Cannes Film Festival to be awarded to herself.

The 33-year-old actress is sitting on the judging panel at the film festival in France, alongside Jake Gyllenhaal and directors Ethan and Joel Coen, in order to decide which film gets the coveted Palme D'Or award on 24 May.

In a press conference to launch the 68th Cannes Film Festival yesterday (13.05.15), the Coen Brothers joked that Sienna was going to try and sway her fellow judges to give the prize to her instead of a film at the end of the 11 days.

Ethan said: ''The jury are allowed to give one prize and choose what the prize is, and Sienna asked if the prize be presented to her since it was up for grabs.''

The 'Big Lebowski' directors also revealed that the rest of the judging panel - which includes Guillermo del Toro, Spanish actresses Rossy de Palma and Sophie Marceau, composer Rokia Traore and director Xavier Dolan - have been split up into Team Ethan or Team Joel, depending on their personalities.

Joel said: ''All of the panel have been split up into the Ethan or Joel group, but we're not allowed to discuss who's in what group. They'll know by the end of the festival, it's purely based on personality and we had no choice over it.''