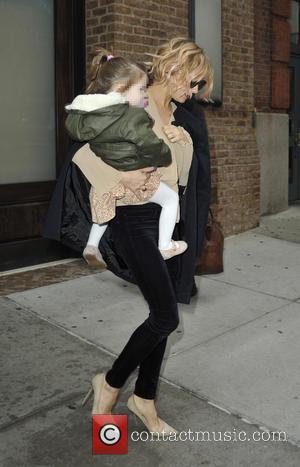 Actress Sienna Miller and singer Emeli Sande are urging fans to sign up to a bone marrow donation register in support of a young girl who died of leukaemia 10 years ago.

They all appear in a star-studied video urging fans to consider joining the Anthony Nolan bone marrow register in memory of Milly Forbes, who died after battling acute myeloid leukaemia.

Game of Thrones star Rose Leslie, who was good friends with Forbes, she tells Britain's Daily Mail newspaper, "It is fantastic to see her legacy being continued, 10 years on, through this campaign. It is a fitting way to remember Millie this Christmas and hopefully to find a cure for people who are going through the same thing...

"The need for more donors, especially young men, to join the bone marrow register never goes away... Urge anyone between the ages of 16 and 30 to go to the Anthony Nolan website and see what it's all about. I can't think of a better feeling than potentially saving a life."

The #InspiredbyMillie project was set up by Forbes' sister and the short video will appear on the charity's website on Christmas Eve. (24Dec14).