'The Girl' star Sienna Miller looks super-smart as she poses, smiling, for photographers as she arrives a special screening of her new movie 'Just Like A Woman' at Crosby Street Hotel in New York City. She is wearing a straight, black, calf-length dress with simple black heels and her hair scraped back in a neat ponytail.

In the movie she plays a housewife called Marilyn who travels to Santa Fe, New Mexico to take part in a belly-dancing competition. She is also set to appear in rom com 'A Case Of You' opposite Peter Dinklage, Vince Vaughn and Brendan Fraser.

The Lost City Of Z Trailer... 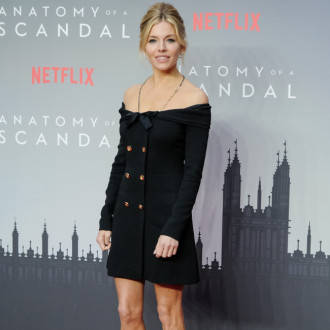