Actress Sigourney Weaver Is Heading Back To The Ghostbusters Franchise After Landing An Appearance In The Upcoming Reboot. 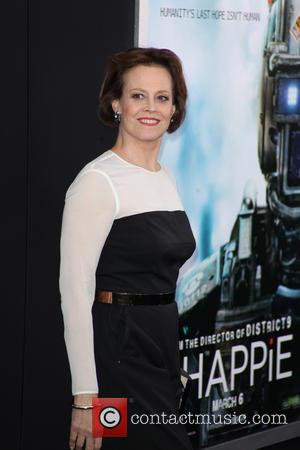 Picture: Sigourney Weaver - A variety of stars were photographed as they took to the red carpet World film premiere of 'Chappie' which was held at...

The Alien star is the latest original castmember of the 1984 movie and its 1989 sequel to join director Paul Feig's all-female instalment, which features Kristen Wiig, Melissa MCCarthy, Leslie Jones and Kate MCKinnon.

Announcing the news on Twitter.com on Friday (25Sep15), the filmmaker writes, "Gang, trying to keep surprises but this is about to leak, so I'll tell you myself: the awesome Sigourney Weaver is going to be in our movie!"

Weaver played Ghostbusters client-turned-demon Dana Barrett in the first movie, although it is not clear if she will reprise the same role for the revamp.

Ernie Hudson and Annie Potts also recently signed on to make cameos in the new movie, reuniting them with former co-stars Dan Aykroyd and Bill Murray, who filmed guest spots for Feig over the summer (15).

The only other original Ghostbuster, Harold Ramis, died in 2014.

"I offered (to make a cameo) when I met (Feig)... at the Saturday Night Live reunion," she explained. "He said, 'We'd love to have you in it'. I said, 'Well, only if I can play (green ghost) Slimer'. He said he didn't think that would work out."

The Ghostbusters reboot, which will also star Thor hunk Chris Hemsworth, is due to hit cinemas next July (16).