Adam has been estranged from his whole family for several years, ever since their farm was wrecked by Foot & Mouth disease in 2001. Since then he has never stayed in one place for very long, preferring to keep moving around the country - as if constantly yearning for a fresh start. He's had multiple new jobs and various relationships, but now it looks like he can't stay away from home any longer. His younger brother Aiden is about to welcome his first child into the world, and he wants Adam to be there. Understanding that there's a good chance Adam won't show, Aiden warns him that if he doesn't, he never wants to see him again. As much as he misses his family though, returning home will bring up a lot of baggage that Adam isn't sure he's ready for just yet.

Dying Of The Light - Trailer

Trapped in a terrorist prison and tortured, Evan Lake (Nicholas Cage) is eventually free and makes his way back to the United States and the CIA where he works. Becoming a hero for surviving and not revealing any secrets throughout his imprisonment, Lake's protégé, Milton Schultz, (Anton Yelchin) discovers that the man who held him hostage - the villainous terrorist Banir (Alexander Karim) - is alive and still active. After announcing to his supervisors the revelation, it is discovered that Lake is beginning to suffer from dementia and is faced with early retirement. But unable to leave a job undone, Lake and Schultz take it upon themselves to bring Banir to justice; fuelled by both the intent for justice and revenge.

Continue: Dying Of The Light - Trailer 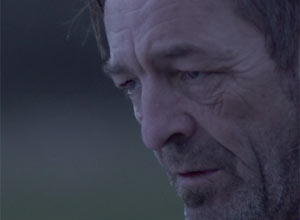 Adam has been estranged from his whole family for several years, ever since their farm...