Comedy-drama 'Ugly Betty' could be turned into a Hollywood movie, according to Ana Ortiz, one of the show's original stars. 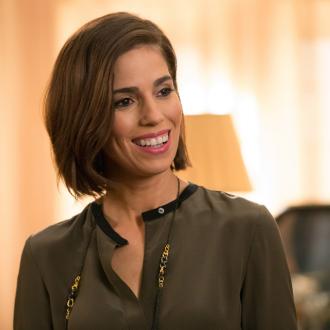 'Ugly Betty' could soon be turned into a Hollywood movie.

The comedy-drama show, which ran from 2006 to 2010, has developed a cult following and the cast of the show are apparently badgering its writer, Silvio Horta, to pen a film script.

Ana Ortiz, who played Betty's sister Hilda Suarez, told The Sun newspaper: ''I would love to say that there is a movie in the works.

''I just saw Vanessa (who played Wilhelmina) and we were determined, fingers crossed.

''I think Hilda would be still married and maybe they own their own salon, maybe Betty is running her own magazine.''

The 43-year-old also said she would love to see award-winning singer-songwriter Bette Midler, 68, make a cameo appearance in the film.

She explained: ''It is a New York show so there would have to be New York celebrities. We always wanted to get Bette Midler.''

Ortiz said the cast would also enjoy the opportunity to be able to sing.

She added: ''What about an Ugly Betty musical on Broadway? We all like to sing. Some sing better than others.

''Obviously Vanessa Williams is an amazing singer. But we all fancy ourselves as singing nerds.''

And despite the show ending four years ago, Ortiz says fans from all over the world still remember her for her part in the programme.

She explained: ''Going abroad is when I get the most Ugly Betty love, they are so crazy. They shout 'Hilda!'''