By Sam Saunders in Music Reviews on 21 November 2011 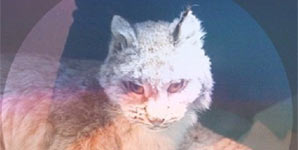 Whatever anybody has said, disco electronica isn't quite dead yet. Swedish musician Sebastian Arnstrom abandons his previous post as post-rock guitarist with Aerial to begin anew with electronic-pop creation Simian Ghost, proving that electronica lives on with tasty debut EP Lovelorn, released through Heist or Hit Records.

The obvious comparison one could make with this release would be to Jean Michel-Jarre. It's got ghostly, haunting electrical sounds that have the capability to make the hairs stand up on the back of one's neck. This comparison to Jarre, whilst not completely incorrect, might be a bit unfair, however. Lovelorn sounds like a lot of thought and effort has gone into it, and to generalise it like that immediately wouldn't really be reasonable. It's fresh sounding and has a very 'sparkly' feel to it. 'Sparkly' isn't exactly a technical term but it's the word that describes the sound best. ArnstrÃ¶m uses his instruments and synths very cleverly to create something very atmospheric, not pretentious and uplifting. It's 'bassy' without weighing on the listeners' ears', which is no mean feat. This sets it aside from dance music or drum and bass, releasing it from the shackles that would otherwise tie it to these other genres. It's free to breathe easily and along the same lines is extremely easy to listen to.

The first track on the EP, Free Agent, doesn't really set the tone for the rest of the tracks; it's much more upbeat and has more pace than the rest of the songs, reminiscent of a disco (it even speaks slightly of the Bee Gees in some ways). Though some might see this as a bad thing, it's really quite misleading and it could be said that the rest of the album is a slight let down after this promising opening. The other tracks are much more melancholy, a lot slower and deeper. The 'sparkling' sound doesn't go away either - it's prevalent throughout the whole EP, giving it a vague feeling of entirety. It makes very good background music and wouldn't go amiss at a party either, making it an accessible and potentially very popular release. It caters to a very wide audience in a variety of situations.

Because of its accessibility, consistency and obvious talent that it took to create this release, it deserves a very good 6/10.