The song was actually the duo's saving grace at that time; with the first album becoming a commercial disaster, Paul Simon and Art Garfunkel went their separate ways. When the song started to gain traction on the radio, however, the duo reunited and set to work on their second album to capitalise on their success.

The track went on to feature on the soundtrack to 1967's The Graduate, and in 2004 it received the Grammy Hall of Fame Award, becoming their third song to do so after Bridge over Troubled Water and Mrs. Robinson. Other singles from the album were Homeward Bound (UK only) and I Am a Rock.

Quite coincidentally, Eminem's new song Darkness - taken from his surprise album Music to Be Murdered By which was released today - interpolates The Sound of Silence and even includes the lyrics "Hello darkness, my old friend"; lyrics that have become a popular internet meme in recent years.

MORE: Read about last week's Album of the Week

Simon & Garfunkel never explained what the song was actually about, though many believe it was inspired by the John F. Kennedy assassination, which occurred around the time Simon said he originally wrote the track. Since its release, it has made repeated appearances in popular culture, and notably featured in the films Kingpin (1996), Old School (2003), Bobby (2006), Watchmen (2009) and Trolls (2016). 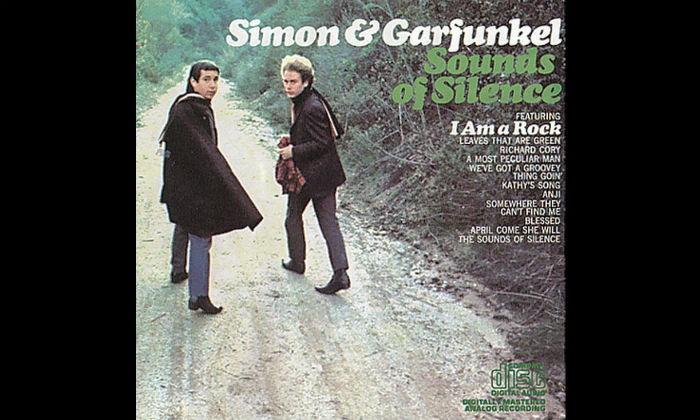