An Already Seasoned Girlband And Record Low Ratings, 'The X-Factor' Is Back

‘The X-Factor’ returned to UK screens on ITV, Saturday night (August 29th), with a revamped judging panel which doesn't seem to have proved a hit with viewers. The talent show scored a record low rating for it’s series premiere, as well as fan backlash over a girl group who have already released records. 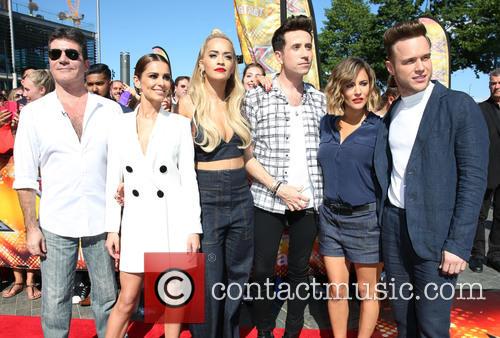 According to The Mirror, the revamped show only brought in 7.11m viewers, a drop of nearly two million from last year's launch show. The numbers are the lowest ever launch ratings for the show, since 2012 when 8.62m tuned in.

On the episode viewers were introduced to girlband Fourth Power, four sisters from the Philippines, who wowed the judges with a rendition of ‘Bang Bang’. But while viewers were shown ‘home video’ footage of the girls feeling nervous before their big audition, it appears they already had plenty of experience.

The girls have already made TV appearances on South Korea’s biggest talent show, as well as in their home country and they’ve even released CDs which are available for purchase on Amazon. However ‘X-Factor’ bosses are said to have been well aware of the girl’s professional background.

A source told the Sunday People, “Producers were well aware who the girls were before they arrived in front of the judges – so it was no surprise that they were ­fantastic on the show. “

“Executives looked at everything they had done before and discussed them at length before making the decision to invite them back and make them a big part of the launch show. Obviously they were exactly what had been expected. But the judges had not been told what was coming, to ensure their ­reaction was as strong and completely natural as it could be.”

More: 'X-Factor' Viewers Will Get To Vote On Judges' Categories In New Twist

After the launch event Simon Cowell was asked how the group came to be a part of the talent show. “I don’t know how we found them,” Cowell said. “You have to give some people a second shot. I ­remember thinking, whoever found them did great job, ­they are fantastic.”

“It felt their time was right and if they have been on something before we could do a better job with them, make a better record than anyone else. They got a bigger reaction than any British act. They could give Little Mix a run for their money,” the pop mogul added.