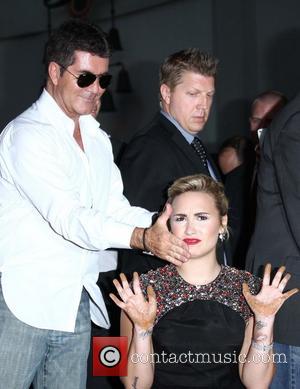 The popular singing talent show didn’t enjoy a return to American television screens when the second season premiered on Wednesday. The show averaged 8.5-million total viewers, dropping 32 per cent compared with last season’s series premiere. To add salt to the wound, Fox lost the viewers, and more importantly, viewers in the much coveted 18-49 category, to rival show: The Voice. Inspired by The X-Factor, the show replicates its competition template, but with the caveat that the judges can’t see the talent until they commit, based on - you guessed it - their voice. Usually airing on Mondays and Tuesdays, The Voice enjoyed an extra outing on Wednesday, which enraged Simon Cowell, who told reporters he hoped the move would backfire. It didn’t, and enjoyed a cool 10.7 million viewers instead.

This will come as grave news to those involved in The X-Factor; especially considering it recently hired some new talent to fill judging roles left by Paula Abdul and Nicole Scherzinger. Britney Spears and Demi Lovato climbed aboard in a move that seemed to revamp the show, but the shows premiere paled in insignificance to the previous seasons’ premiere, which itself was a disappointment in terms of viewing figures.

Simon Cowell refuses to watch the news during the coronavirus pandemic

Simon Cowell and James Corden 'battle over One Direction's comeback'