Judges Return for Britains Got Talent, Auditions Started With a Splash 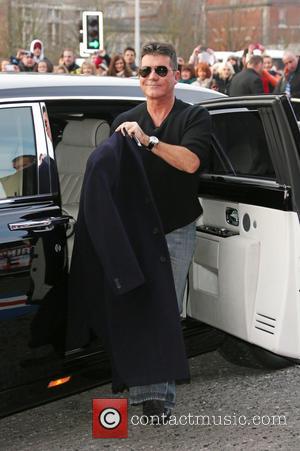 Britain's Got Talent wont be back on our screens for a few months, but the auditions have just got under-way in Cardiff so news of the weird and wonderful (and sometimes utterly dreadful) acts are finding their way onto the internet. The one that's attracting most attention is an act that could barely avoid being seen, as the props and scale of it were simply too big for any theatre: fire-y diving.

Perhaps taking influence from the enormous attention British divers got from the Olympics this year, one of the team at La Quebrada High Diving Productions (which actually includes Team GB diver Peter Waterfield - cheating, no?) decided to climb up an enormous scaffold structure, set themselves on fire and then dive into a pool below. Sounds seriously dangerous but they pulled it off without making too much of a splash it seems. The whole audience were brought outside to watch, and a source at the Mirror said: "The divers were so brave. It was freezing cold but they never let it get to them. The crowd were buzzing with excitement."

This year, Alesha Dixon, Amanda Holden, David Walliams and veteran judge Simon Cowell are all back to judge. Auditions will be held from now until February 10th, reaching London, Manchester, Glasgow, and Birmingham along the way.