Simon Cowell can see himself in son

Simon Cowell can ''really see'' himself in his son Eric, teasing the 18-month-old tot looks more and more like him each day. 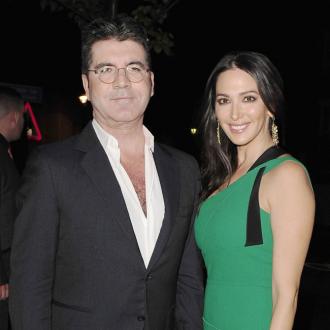 Simon Cowell can ''really see'' himself in his son Eric.

The 'X Factor' judge believes his 18-month-old son - who he has with his girlfriend Lauren Silverman - resembles him more and more each day as he grows up.

The tot - who Simon has previously joked could join chart-topping boy band One Direction when he's older - has yet to say a word though and his parents are getting worried about how he will learn English because he spends more time with their Yorkshire Terrier pooches Squiddly and Diddly than he does interacting with humans.

He joked: ''He spends most of his time with Squiddly and Diddly. He is going to end up barking.''

And although Eric is yet to start speaking, his 55-year-old music mogul father thinks he will probably end up with a warped accent because of their jet-setting lifestyle and because he comes into contact with so many people with different voices.

He explained to the Daily Mirror newspaper: ''I have no idea what he is going to talk like, because his mum is American, I am English and a lot of the girls in my house are from the Philippines.''