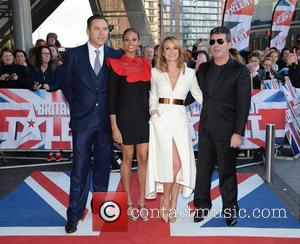 The X Factor boss was taping auditions for the U.K. reality show recently when a woman brought in her German Spitz, Princess, and told the judges she had special powers.

Dog-lover Cowell agreed to join the pet and her owner onstage and was 'hypnotised' by the canine.

Reports suggest he collapsed when he returned to his seat.

Princess was brought back onstage to help rouse Cowell, who was allegedly unconscious for around five minutes.

A show source tells Britain's The Sun newspaper, "It was the freakiest moment we've ever had."