Simon Cowell Has Confirmed He Is Replacing Howard Stern On America's Got Talent. 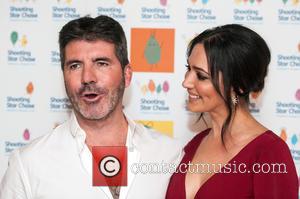 The music mogul and reality TV judge regular created the show, which first aired in 2006, but has never appeared on the panel. After shock jock Howard Stern announced he was leaving the programme in June (15), the rumour mill began buzzing that Simon would take his seat and the outspoken star has now admitted the speculation is true.

"We've been talking about it for a few years, funny enough, me and NBC," he told Us Weekly. "This year ... everything worked. So it was perfect."

Simon initially began discussing joining the series with producers five years ago, but his other commitments got in the way.

TV fans are used to seeing the star delivering withering putdowns to hopefuls on shows such as The X Factor, American Idol and Britain's Got Talent, but he's insisted he has no interest in making hopefuls feel bad this time around.

"I'm not going to lie to people when I think they're hopeless, I just couldn't do that!" he explained. "But no, of course I'm not going to be rude for the sake of being rude. That would be ridiculous. I'll take it act by act."

Howard announced he was quitting on his radio show, explaining he'd been offered other work which meant his schedule wouldn't allow for another run of America's Got Talent.

He joined the show for its seventh season in 2012, replacing Piers Morgan, and stayed until series 10, which finished in September (15).

He sat on the panel alongside comedian-and-actor Howie Mandel, Heidi Klum and Mel B, although at the moment it's not known who will be judging with Simon in the next season. Mel already has some experience working with Simon, with the pair both presiding over the panel of The X Factor UK in 2014.