Music Mogul Simon Cowell Returned To Judging The X Factor Auditions On Wednesday (08jul15) Just Days After His Mother's Death Because It Was Her "Favourite Show". 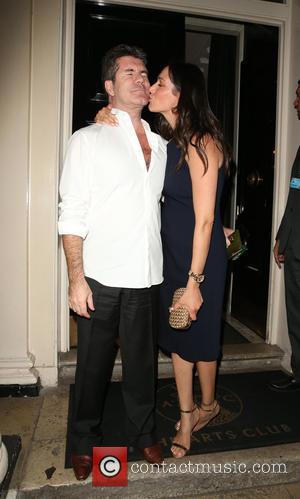 The talent show creator was thrown into mourning when his mother Julie died on Sunday (05Jul15) and he postponed the start of the 2015 The X Factor U.K. auditions in Manchester, England from Monday (06Jul15) to Wednesday.

Cowell received a standing ovation from the audience at the Manchester Arena as the tryouts began and was given a hug from fellow judge Cheryl Cole, who said, "We're so pleased Simon is here".

Cowell told the audience, "You all know I had something happen in my personal life this week... Well, this was my mum's favourite show so I'm doing it in memory of her."

Cole and Cowell were joined by new judges Rita Ora and British DJ Nick Grimshaw. The Manchester auditions continue on Thursday (09Jul15) without Ora, who had to miss filming due to scheduling conflicts.