Simon Cowell had eggs chucked at him after a disenchanted Britain's Got Talent reject took a stand during the final on 8th June. How did his assailant sneak the half-dozen onstage though? 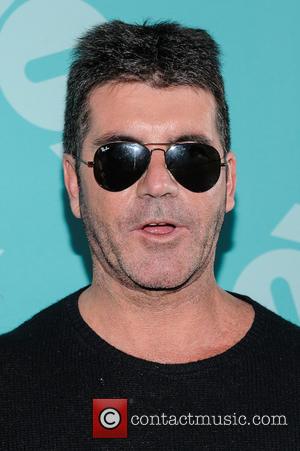 With a crazed smile on her face, 30 year-old Natalie Ann Holt burst out from her ranks as a member of the orchestra of Welsh opera runners-up Richard and Adam Johnson, rushed to the front of the stage with a box of eggs and began to throw them at BGT judge Simon Cowell.

She certainly made a scene: earning thousands of Twitter followers after her daring stunt became the most talked about part of the final before she was removed from the stage by security as fellow judges Alesha Dixon, Amanda Holden and David Walliams observed the events with horror.

Cowell seemed to take the event in good humour, tweeting afterwards "I really don't like eggs" which has now been retweeted over 35,000 times.

How on Earth did Holt get a whole half-dozen box of eggs onstage though? She certainly wasn't holding them because she'd have had to carry her viola and bow, and her LBD didn't seem roomy enough to conceal an egg box. Vikki Stone from The Mirror speculates: "I reckon that she must have made an egg-carrying contraption, with some sort of strap to put under her dress to hold the box in place."

How Did She Sneak Eggs Onstage? Watch The Footage And Decide:

It has emerged that Holt is a viola player whose string quartet, Raven, failed to make it to the live stages of the televised talent contest last year but the group have played for "Prince Harry at Buckingham Palace, toured with George Michael and performed with Madness at the Olympics closing ceremony last year", according to The Week.

However, she is a successful working musician in her own right, composing music for film and television, even being nominated for a BAFTA for her work for BBC's Great Expectations last year.

Considering some of the crazies who perennially attempt to 'make it big' on the show, she's hardly the most likely suspect for such a stunt but she did have the insider's advantage and stage access, making the perfectly egg-secuted action have full impact.

She has apologised, Cowell shrugged it off and won't press charges so we suppose that's that.

Bitter reject, or egg anarchist making a stand against the establishment? Did TV bosses pay her to do it to raise ratings after falling viewing figures? You decide.