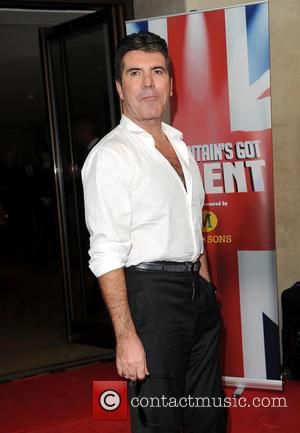 The talent show mentors hit headlines on Tuesday (19May15) after Walsh branded the pop star "lazy" and "irrelevant" in an interview with Britain's Heat magazine.

Cole took to Twitter.com to respond, writing, "I am beginning to wonder if Louis has some kind of an obsession with me... This is the same man asking me what he should say to contestants on our way to the stage bc (because) 'he doesn't know'... Dear Lou Lou. Try using your mouth to say something positive abt (about) something positive (sic)."

Fellow judge Cowell, who also founded the show, has now weighed in on the row by urging the stars to move away from social media and vent their problems on-air.

Speaking to U.K. TV show Good Morning Britain on Wednesday (20May15), he says, "There was always going to be a clash, they're like Tom and Jerry these two. I wish they'd fight more on the show actually, why do it on Twitter?... What we should do is invite Louis down every week just to argue with Cheryl."